We Don’t Have All the Answers 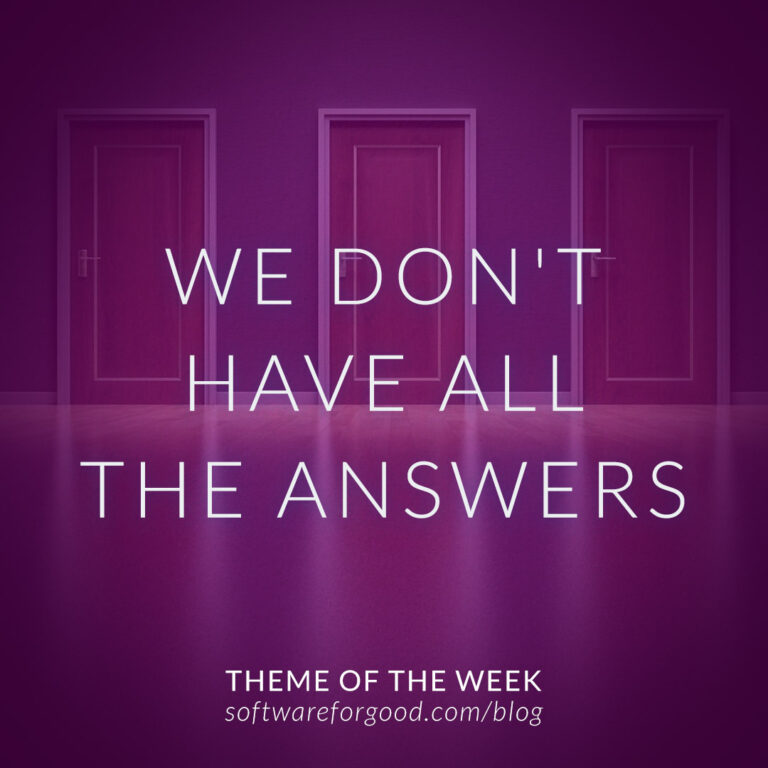 When I see news about urgent problems, my impulse is to ask, how can we fix this? What could technology do to help?

Elon Musk clearly had the same impulse when he said that his company would send equipment to help free the young Thai soccer team trapped in a cave. Musk’s companies aim to build big, exciting technology and disrupt industries. Knowing that the situation for the trapped team was desperate and complicated, he likely assumed that something high-tech would be necessary.

The crews on the ground, however, including Thai Navy SEALs, began acting without Musk’s cutting-edge tech, sending in diving teams for rescue missions a few people at a time. This week, it was announced that all 12 boys and their coach have been freed. The solution wasn’t a high-tech invention, but a combination of less complex technology with human ingenuity, collaboration, and endurance.

The situation is a reminder for us technologists that it’s important to listen to the people most closely involved and familiar with an issue. For us, that’s the users of the applications we’re building. We shouldn’t assume we have all the answers without getting their input.

And sometimes, a complex tech solution just isn’t the most urgent need. Working with a client recently to do strategic planning, we promised upfront that we wouldn’t talk them into building a custom app if what they really needed was, say, a fleet of vans for outreach to the people they serve. When the solution is software-centered, it might mean updating an online registration form, not building a whole new app. Keeping that in mind, rather than coming in with our own ideas and assumptions, results in better tech, and better outcomes.