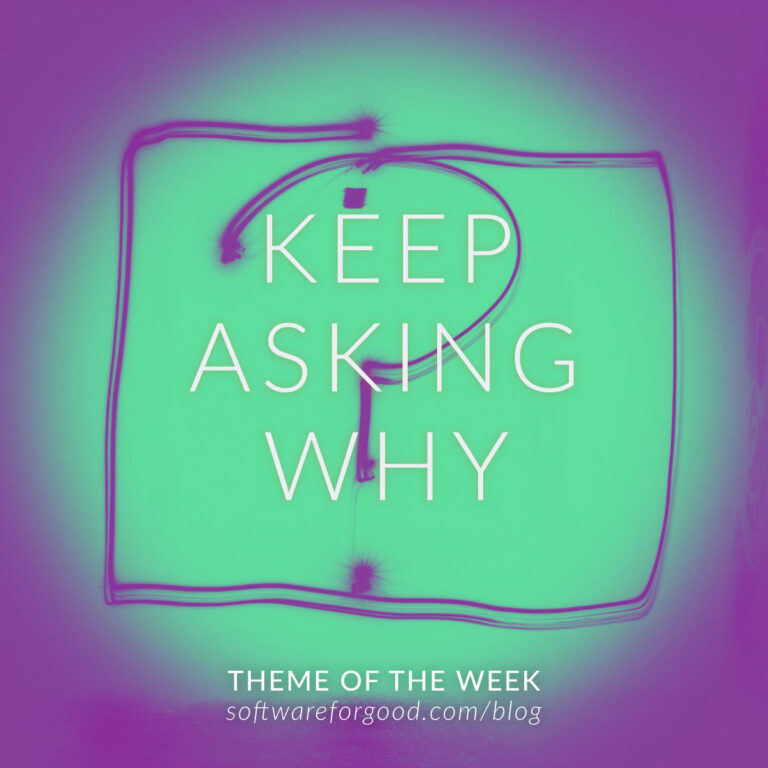 Earlier this month, I attended a meetup of Girl Develop It Minneapolis and heard a presentation by Eryn O’Neil on dealing with crisis in tech — moments when everything breaks, or nothing goes according to plan. Her ultimate message: Projects and organizations are made up of human beings, and solving a problem often comes down to communicating clearly and honestly.

One of the tools she shared to help with that communication is a business concept called “the Five Whys.” Rather than settling for the surface-level explanation for an issue, ask “why?” — and then keep asking. Her example was that when a client is being slow to make a decision, the kneejerk response might be to say, “They’re indecisive, and they’re not taking this seriously.” But of course that’s not true. Using the Five Whys allowed her team to go beyond their assumption and ask what was causing the communication breakdown. They were able to listen to and empathize with their client, and could find a way forward.

So if you’re running into a roadblock, don’t stop at your initial frustration. Dig deeper. Try to understand what could be causing a problem that seems inexplicable. Keep asking why.