Show Up and Let Your Voice Be Heard: Code Switch 2018 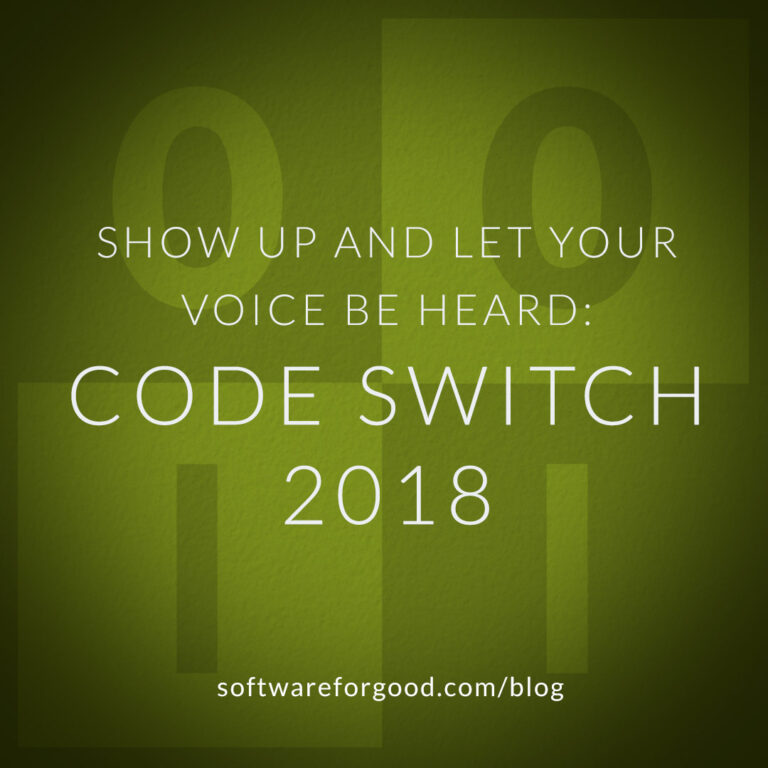 Code Switch is dedicated to building solutions for the community, by the community. Its organizers believe that even the most seemingly intractable problems are solvable, and that the people who face those problems every day must be part of designing and developing the solutions.

This year’s hackathon projects will focus on the core pillars Mayor Melvin Carter has introduced for the city of Saint Paul: Economic Justice and Inclusion, Lifelong Learning, and Community First Public Safety.

As Saint Paul’s Initiatives Director for Community First Public Safety, Jason Sole works to advance that pillar, and to support meaningful solutions that come from the community. He’s also a criminal justice professor, and will speak on the panel of leaders to open Code Switch. Before the event, he answered a few questions about the ideas and connections he hopes to see.

What excites you about an event like Code Switch where people come together to come up with solutions to community issues?

For me, when I’m in the classroom, I always help students build upon ideas to get to a really concrete solution, something that’s actually doable. I think that’s the benefit of having folks come together from different realms of society, or different realms of life. I think you get a chance to really allow diversity to thrive. Some of the most successful companies, the diversity is what makes the difference, whether diversity in sexual orientation, religion, expertise, whatever. It brings people together and allows people to vibe off the energy and thought patterns.

This year at Code Switch, the plan is to have projects around the three pillars that Mayor Carter has set forward, including Community First Public Safety. Are there ideas you’re hoping to see come out of this year’s hackathon, or that would be especially exciting to see in that area?

I always have ideas, I always have different solutions, it’s just based on whether people want to move on them. One of the things I want to do is create a solid system for folks who are currently in our workhouses throughout the state of Minnesota, because there’s a lot of ambiguity around who can vote and who can’t vote. The workhouses mainly have people with misdemeanors and gross misdemeanors, which means they never lost their right to vote, but ironically they’re not getting registered in time, they’re not getting the absentee ballots. Some people may get them, but it’s not a formal system. We don’t have technology to make sure that they actually vote, and they still have their right. So that’s something I would like to see.

My role in being Community First Public Safety Director of Initiatives is really helping the community be empowered enough to understand that they have the solutions, instead of depending on government or depending on 911. I’ve never had the luxury of calling 911, and people need to know other phone calls that they can make, rather than always calling 911. If we could get a base of folks who can respond to loud noise complaints, or calls the police get where somebody doesn’t have a dog on a leash — if we can identify folks within a database using some kind of technology, we can actually save money on calling law enforcement.

So I’ve got a ton of ideas. I can throw out ideas all day and have a solution to get us to the finish line, but as far as technology, that’s where I’m weak, so if folks at Code Switch can work through some of those ideas, it’d be great. But Community First is really when the community comes up with solutions, rather than always needing to call somebody to come up with solutions. We don’t always need to call the police to fix our stuff.

Are there certain roles or types of people you’d like to come to Code Switch and be involved?

I think Code Switch will be a place where people say the system isn’t working, and now we’re willing to share time and space in actually creating a system that works for everybody, not just the people with money.

For me, most importantly, I want to see students, I want to see people of color, I want to see entrepreneurs, I want to see people from various backgrounds, because that’s where the synergy is created. Not with folks who just have similar thoughts and similar ideas, but folks who are saying, “This is my specialty, I’ll work on this, but I care about environmental justice. Oh, you’re from the church, or you’re from the mosque, I care about what you’re doing over there.” Just coming together and vibing off of people who are doing different things that all lead to the greater good. I would like to see folks who have their eye on creating something that doesn’t currently exist.

Hear more about the power of co-creating community solutions from another Code Switch speaker: Tawanna Black of the Center for Economic Inclusion.