Be a Left Shark 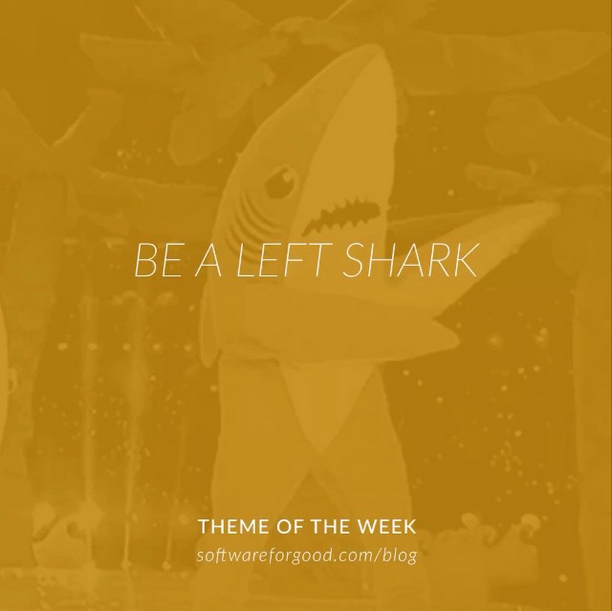 You know Left Shark, right? He made quite a splash dancing to his own beat at the Superbowl, and became an instant hero among the team here. We even made him into an emoji, which we use far too often.

Why do we love Left Shark so much? Because that dude got out there and did his thing. He didn’t care what right shark was up to, he didn’t even really care what Katy Perry or a national audience expected him to do. He was supposed to follow a set of small, routine steps that led up to a big, fantastical finale featuring Katy Perry. Instead, he got his own offbeat groove on and rocketed straight to infamy. Katy Perry who?

This week, our theme is Be a Left Shark. Do big things. Make decisions that have big results and even bigger impact. Don’t be satisfied with instant gratification or the zeitgeist. Be your own person. Do things that are difficult but have big rewards. Enjoy small victories but find pleasure in accomplishing your long-term goals.

Memes are hilarious. But you probably don’t want to be one. So let’s all strive for pre-meme Left Shark status and nail the halftime show, not just the routine set before us.