The Universe Will Align 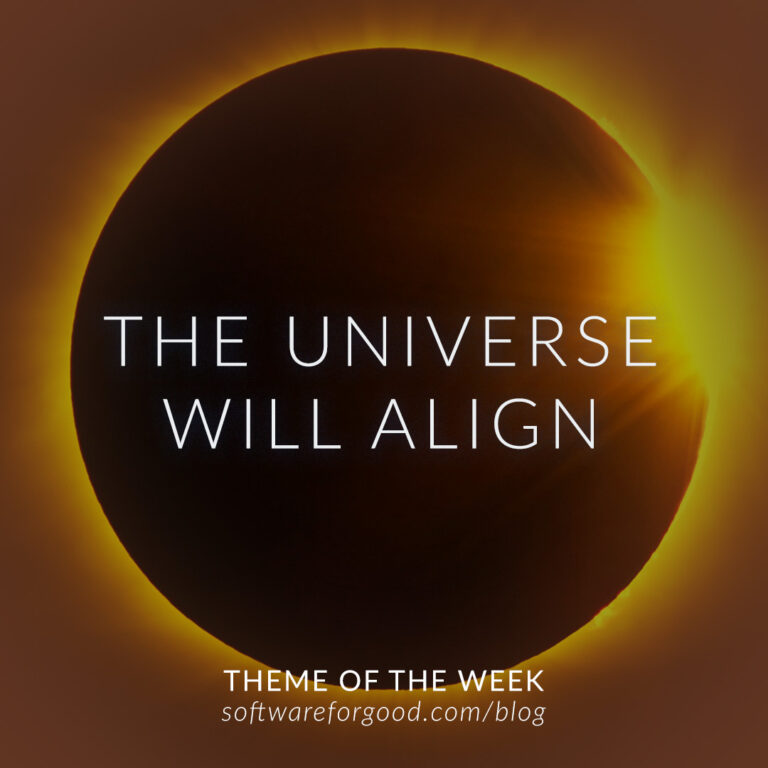 Its almost 5 o’clock in the morning, and I can’t sleep. I keep thinking about the concept  of the phrase “moving on.” The term, “moving on,” is one I loathe to use due to its social connotations. It sounds so serious, and does not truly convey what I am  often feeling at the time. Also, personally it sounds so square, and boxed up when used in the English language.

I once had a friend in college who, upon realizing that he would be separated from a person for an extended period of time, would always say, “The universe will bring us back together.” It didn’t matter if they were to be separated for 2 days or 2 years. He always felt that events would align naturally somehow, and he would see that person again.

My friend said it just made more sense because the phrase doesn’t mean that their relationship is over forever. Whereas, “bye,” “maybe I’ll see you again,” or “goodbye until later” to some is considered forever.

“The universe will bring us back together” is a good phrase to use when you hope to see someone on good terms. I liked his positive outlook so I adopted it.

As I start the last week of my internship, I have realized that  I have learned so much personally and professionally. I don’t really think of my internship ending as a “moving on,” rather, as a “the universe aligning.”

I plan on going further, and I am super excited to see what comes next in my life. So, I hope your summer was as insightful and fun as mine. And I do hope that the universe will align to bring us back together.