I am very publicly a giant space nerd. Anyone who has ever met me would probably put that as one of the first (and probably most annoying) things to note about me. But my love for space goes beyond that of a boy who grew up watching Star Wars and shuttle launches in crowded elementary school classrooms. I love space for two very powerful reasons:

1. Passion
This means a couple different things to me, but it stems from my childhood. Growing up in rural southern Minnesota, staring up at the stars at night was a very common way to kill those dwindling summer hours before mandatory bedtime. As I got older, those things started to drift away. High school, college, moving to the big city, getting a “real job.” All of those things came before remembering to look up and wonder what was out there. In 2010 I had a bit of a pivotal moment. I was, as I find myself so often, staring at my computer just scrolling through Twitter when I happened to see a retweet of a photo that an astronaut had taken from the International Space Station. Something clicked in the back of my brain, and I wandered down the most amazing rabbit hole the Internet has ever presented. I suddenly realized that there was an Internet feed run up to the ISS and astronauts could, while over certain parts of the Earth, log into the Internet. They’d tweet, post things to Flickr, etc, etc. Doug Wheelock (seen below with yours truly. Notice how he has his arm around me? BFFs) was actually the first astronaut to ever “check in” to Space. I think he’s still technically the Mayor of Space on Foursquare. You know, NBD. 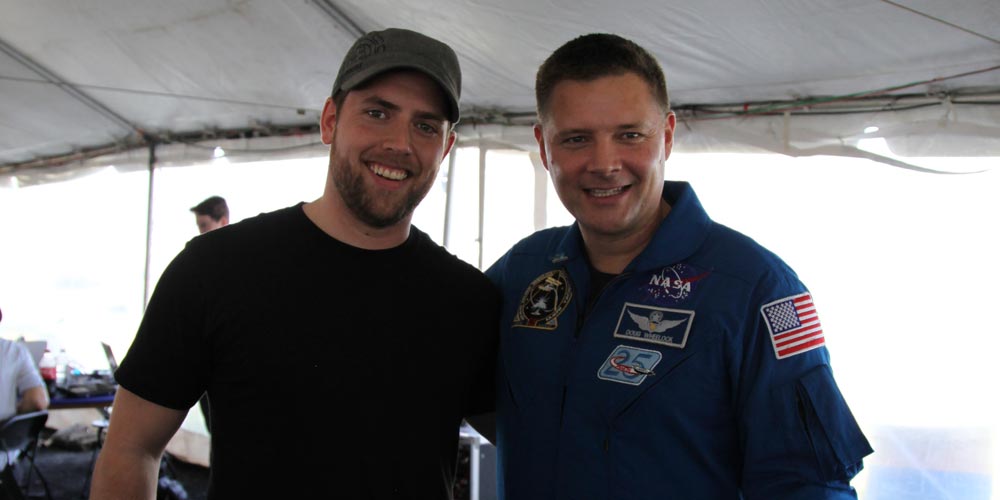 I began following every astronaut I could find on Twitter. Shortly after that, I was accepted to participate in a NASA social event at the Kennedy Space Center in Florida to watch the launch of the Mars Curiosity Rover (which is where the above photo was taken). This propelled me down a path of discovery I never thought I’d travel. I began following not only astronauts, but astrophysicists, engineers working at JPL and more. I started reading sites like Bad Astronomy, Universe Today and Space.com on the regular and I couldn’t get enough. It was like this whole new level of unexplored territory for me that only fueled my passion for the work I was doing as a creative. 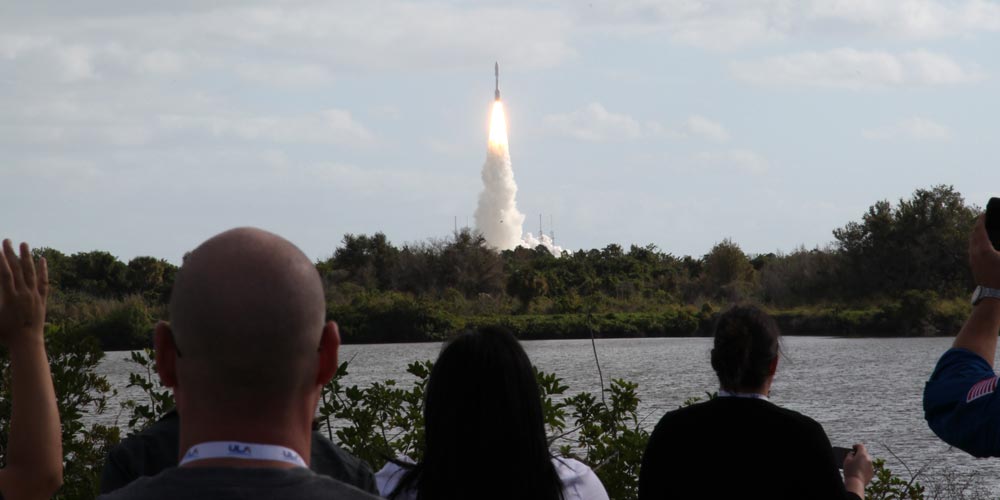 I eventually bought my own telescope and began shooting astrophotography in my backyard as a way to more directly “study” space. If I was shooting it, I’d have to learn about it. So I’d spend my nights running long exposures and reading up on the formation of some obscure nebula 44 some odd million light years away… which, coincidentally, meant the light my camera’s little chip was collecting was 44 MILLION YEARS OLD! I KNOW, RIGHT?! 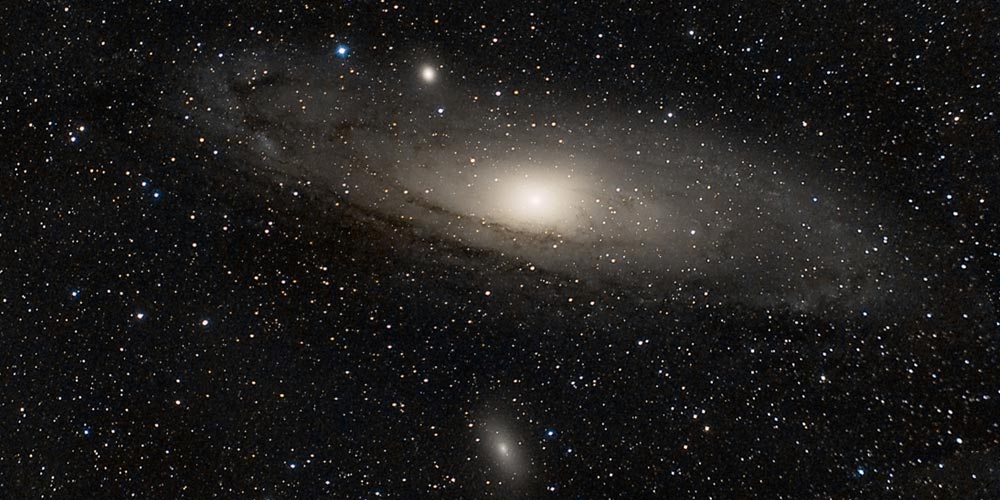 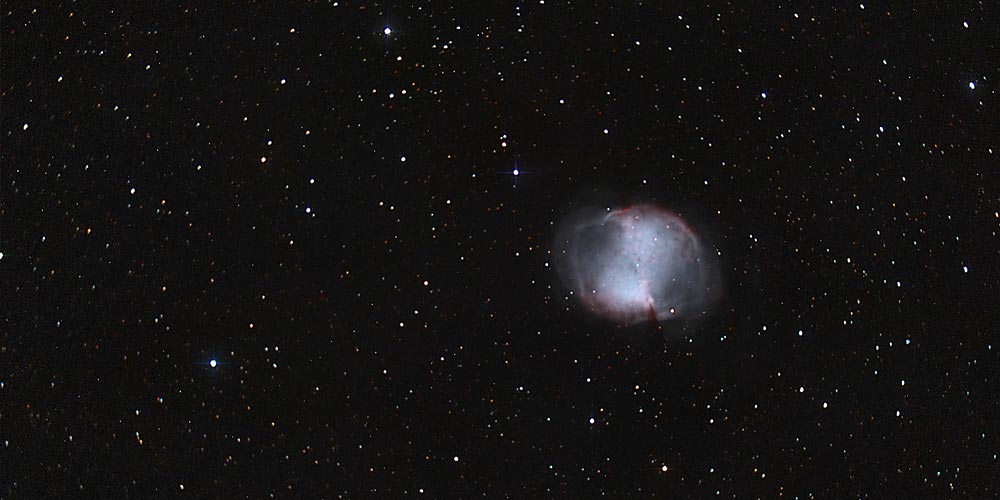 I also started sharing my passion with kids. I started launching weather balloons, learning how to get them to go higher and higher while taking better photos and videos. Then we started attaching things to the exteriors to take pictures of things from classrooms way up in “space.” Teaching kids about space, physics and watching their little eyes light up made me even more passionate about my creative lean.

2. Design
Had a feeling I’d get to this point, huh? Well, here we are. How does space relate to design? How DOESN’T it? I’m an interface designer by trade. I primarily design things for the web or for mobile devices, so the entire idea of designing complex systems to launch, fly, land, and operate in space is like crack to me. Think about the idea of designing a system that launches a controlled bomb, with three humans on top, on a three-day trip to a moving destination over 250,000 miles away. Oh, also, you have to then land on that moving object, design a suit that allows those humans to breath and not explode from the drastic pressure difference, get them back off said object, fly them another three days and 250,000 miles back to Earth, and enter our atmosphere at just the right angle at just the right spot. WHOA! 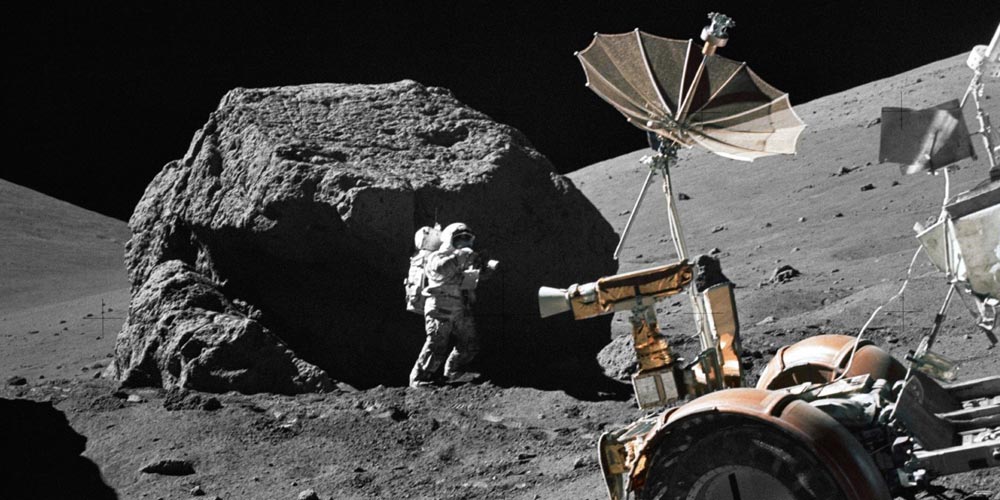 Imagine spending seven years designing a robot that needs to travel over 17,000 mph and 440 million miles to another planet, land via a rocket pack and sky crane system that’ve never been used before, survive massive amounts of radiation but during travel and during your time on the thinly atmosphered planet, drive both based on commands sent from Earth and on auto-pilot mode, meaning it needs to be smart enough to detect hazardous terrain without human monitoring, take/process photos on board and send them back to Earth, drill holes and scoop soil to be analyzed inside the robot with all data sent back to Earth and finally fire LASERS to analyze the mineral composition of the rocks around you. That’s some pretty amazing systems design right there… and they’re doing it every day down at NASA/JPL. 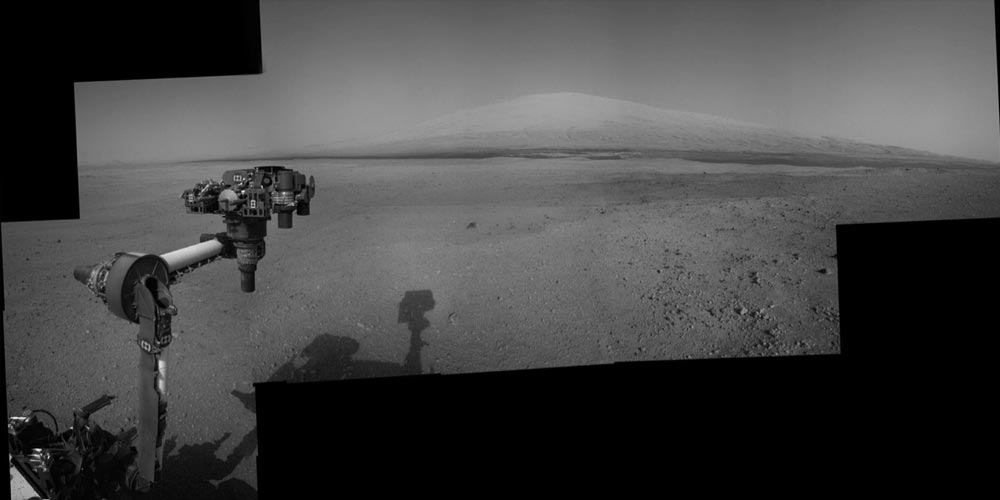 There is also a huge component of teamwork that goes into designing systems to fly/land in space. Teamwork is an essential part of the design process that I think is so often underrated. Teamwork is what makes you smarter. Yes, we’ve all been in those situations where “design by committee” kills a project. I’ve been there and it’s the worst, but that’s not what I’m getting at. I’m getting at designers working hand-in-hand with development teams to solve complex problems the right way. Working with writers and strategists to piece all the components together in a way that covers off on all possible scenarios and clearly communicates a message or series of commands to the end user. Figuring all that out collectively with a team and working in a way that maximizes each other’s skills is a huge part of the design process for me. You can’t effectively design an interface if you don’t know how it will work, and you won’t know how it will truly work until you test it with your developers, and they won’t be able to effectively build it without a roadmap. Teamwork makes that happen, just like teamwork got the astronauts of Apollo 13 around the Moon and back after their oxygen systems were damaged in an explosion. Fortunately for them, they also had a film crew and Tom Hanks as the mission commander, so you knew it was all going to work out in the end! 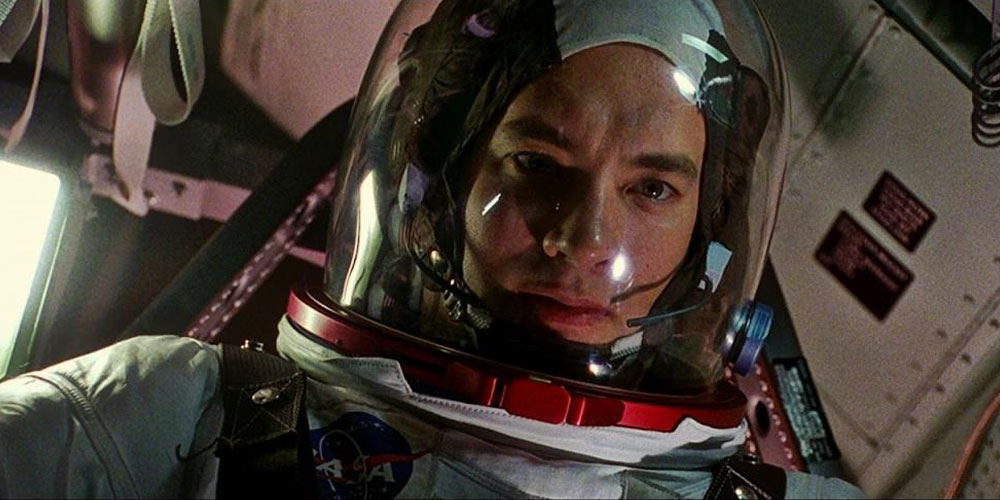 So there you have it. Space, for me, is more than just a cool thing you get excited about after watching Star Wars. It is a space (pun intended) full of opportunity, creativity, curiosity, challenges, and even sheer terror. But those are the things I strive to surround myself with as a designer, and I can think of no better place to seek said inspiration that the stars above.