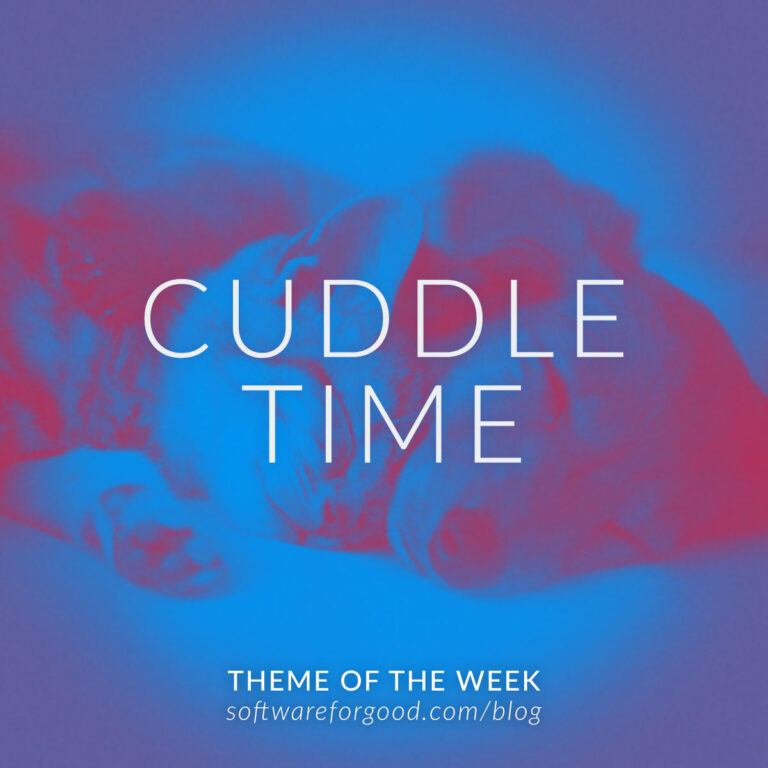 I was on paternity leave. My fatherhood-related Theme of the Week is about cuddling.

Dads stereotypically look forward to teaching kids to throw footballs or something. As I approached fatherhood, I tended to look forward to building stuff with my kids. Like, I first showed my daughter how to use a drill when she was probably about 1 and a half. She was too scared to actually touch the drill herself, but I’d like to think it made a good impression. Power tools are definitely somewhere in her future. In the meantime, she’s having a lot of fun with duplos, which is awesome. And a couple of times she laid a long row of blocks down on the floor and declared she’d made a “choo choo train.” Probably a couple of my proudest moments.

But, babies are really born helpless. My son is literally still trying to gain control of his neck. The best thing I can do for him is carefully hold his head in a direction where he can see me smiling and talking at him. Or just keep him comfortable while he sleeps. The actual paternity leave time with him could only be spent cuddling. I didn’t love it any less than building stuff. Just different. And I didn’t think about it much as fatherhood approached. That may have more to do with gender roles and socialization than my personality or interests as a father. Now, if I’m understanding and supporting my son, in all of his different stages of development, cuddle time is essential right now. Just as awesome as power tools and choo choo trains out of blocks. So I’ve since learned to embrace cuddle time (pun intended).

So, the theme for this week, is specifically about cuddling — #embracecuddletime.  With your kids or nieces/nephews or pets or partners or whatever. But, more broadly, I guess it’s about the unique needs of any stage of development that you’re in. Figure out what’s needed most, then figure out how to have fun with it.