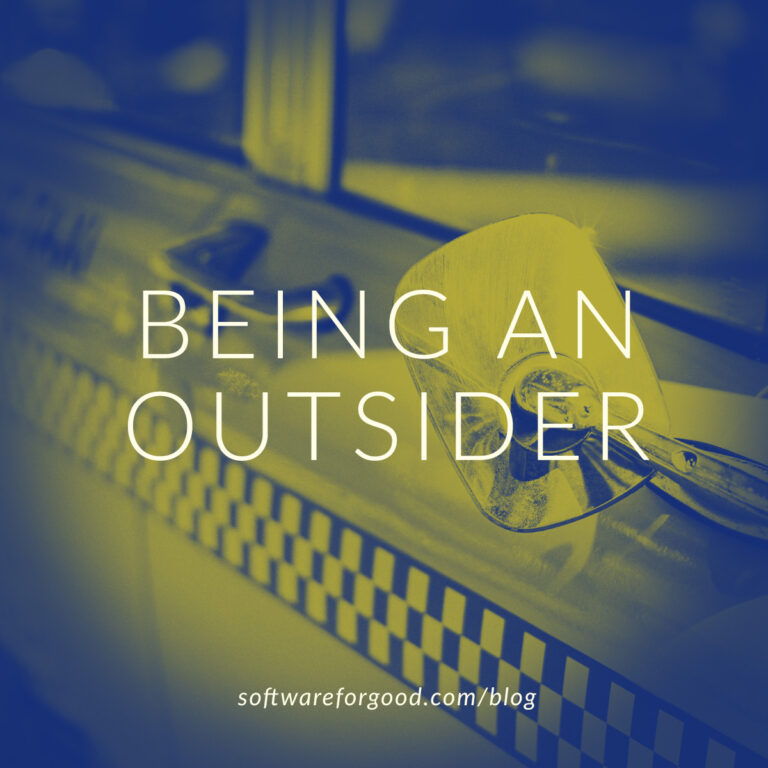 Whenever I talk about being a woman in tech to people who haven’t had my experience, I like to share a story that I think anyone can relate to.

The first time I went to Washington, D.C., I had a super awesome beige coat I was really proud of. While walking around, though, I realized right away that no one in D.C. wears anything but black. I immediately felt like a tourist. I was self-conscious to the point that I changed my behavior — I was quieter, less confident, and less excited to go out and enjoy the trip.

This goes for anyone walking into a job or a project or an industry where they’re “the only one.” You’re constantly aware of the fact that no one else looks like you, and you might not express your full self because you’re worried people are judging or making assumptions about you.

Towards the end of my trip, I was in a cab and started lamenting to the driver about my coat and how I was so embarrassed. We were at a stoplight, and he turned around and said, “It’s okay, we accept coats of all colors here.” Right away, my attitude changed. I was reassured, and felt proud of my coat again instead of being self-conscious about it.

That cab driver played a role for me that is valuable for anyone who feels like an outsider. Just having one person say, “You belong here, we appreciate you,” makes a huge difference in helping someone feel more accepted.

You can play that role if you work with someone who is one of the few women or people of color in your industry, or who might otherwise be underrepresented in the room. Thank them for being part of the team, acknowledge their great work, and ask for their opinion if they’re not speaking up in meetings. Make an effort to include people, because they’re there for a reason: They’re talented at what they do.

Everyone has been in a situation where they felt like they didn’t belong. You may not know what it’s like to be the only woman or the only person of color in a room, but you’ve probably had an experience like my trip to D.C. Those moments allow you to understand what it’s like to be an outsider, and remind you to help others feel a little less alone.