Blog / News, Theme of the Week 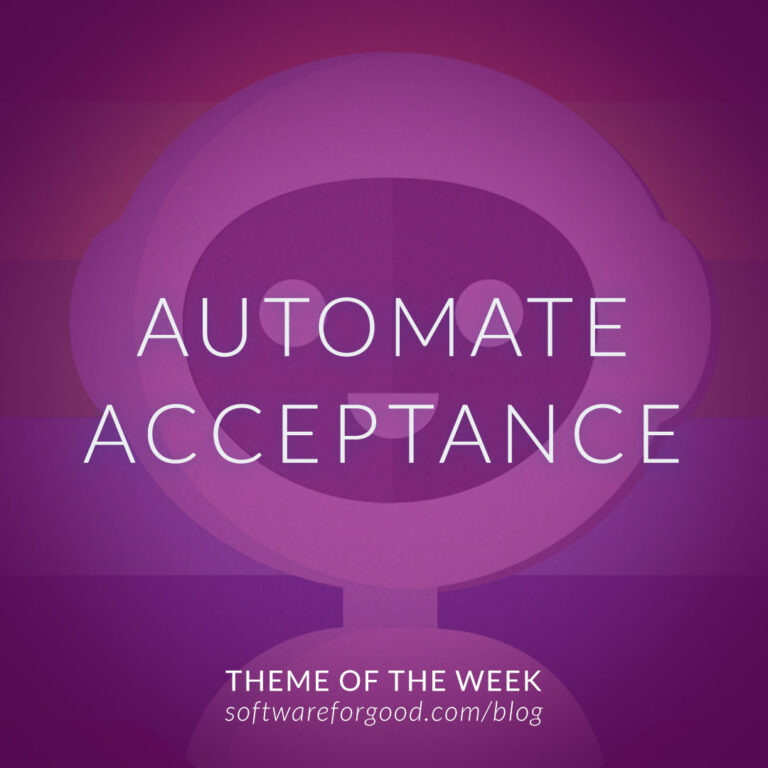 Software for Good is proud to sponsor the Twin Cities Pride festival and to represent the Minnesota tech community in the parade, alongside other tech companies and organizations. This year, our parade group chose the theme Automate Acceptance.

Borrowing the concept of automation from tech, the theme advocates for acceptance, equality, and inclusivity as the default in our country and our culture. From websites that allow people to identify their gender and pronouns, to health benefits that include the needs of trans people and queer families, we can push for acceptance throughout the tech industry and society.

When we say “automate acceptance,” though, we don’t mean that including and supporting the queer community should be thoughtless. There’s actually a concept called “the paradox of automation” that says the more efficient an automated system is, the more crucial the role of its human operators. If an automated system has a malfunction, it will continue to multiply the error until a human intervenes. It’s critical that human operators know what they’re doing, so they can make sure the system runs safely and gets fixed if the automation fails. 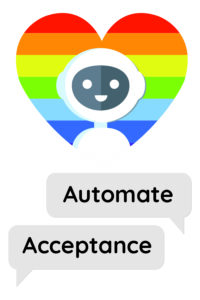 That’s how we think of automating acceptance, too. Just in the time we’ve been involved with the local Pride celebration, LGBTQ+ rights have seen an amazing amount of progress as well as devastating setbacks, from nationwide marriage equality to newly legitimized exclusion and bigotry. While we hope that equality will become more and more automatic, leading to increasing safety and recognition of queer people everywhere, we have to be ready to be proactive when there is a problem. When new discrimination surfaces after years of progress, we have to be the human operators who step in and take action to fix the system.

For this year’s Pride on June 23 and 24, you can celebrate in the Twin Cities by using our mobile app (iOS version here; Android version here and developed in partnership with Andrew Reitz, Kyle Riedemann, and Richard Banasiak). You can also watch for us in the parade, marching with other tech professionals celebrating love and human rights. And we hope you’ll join us in automating acceptance.