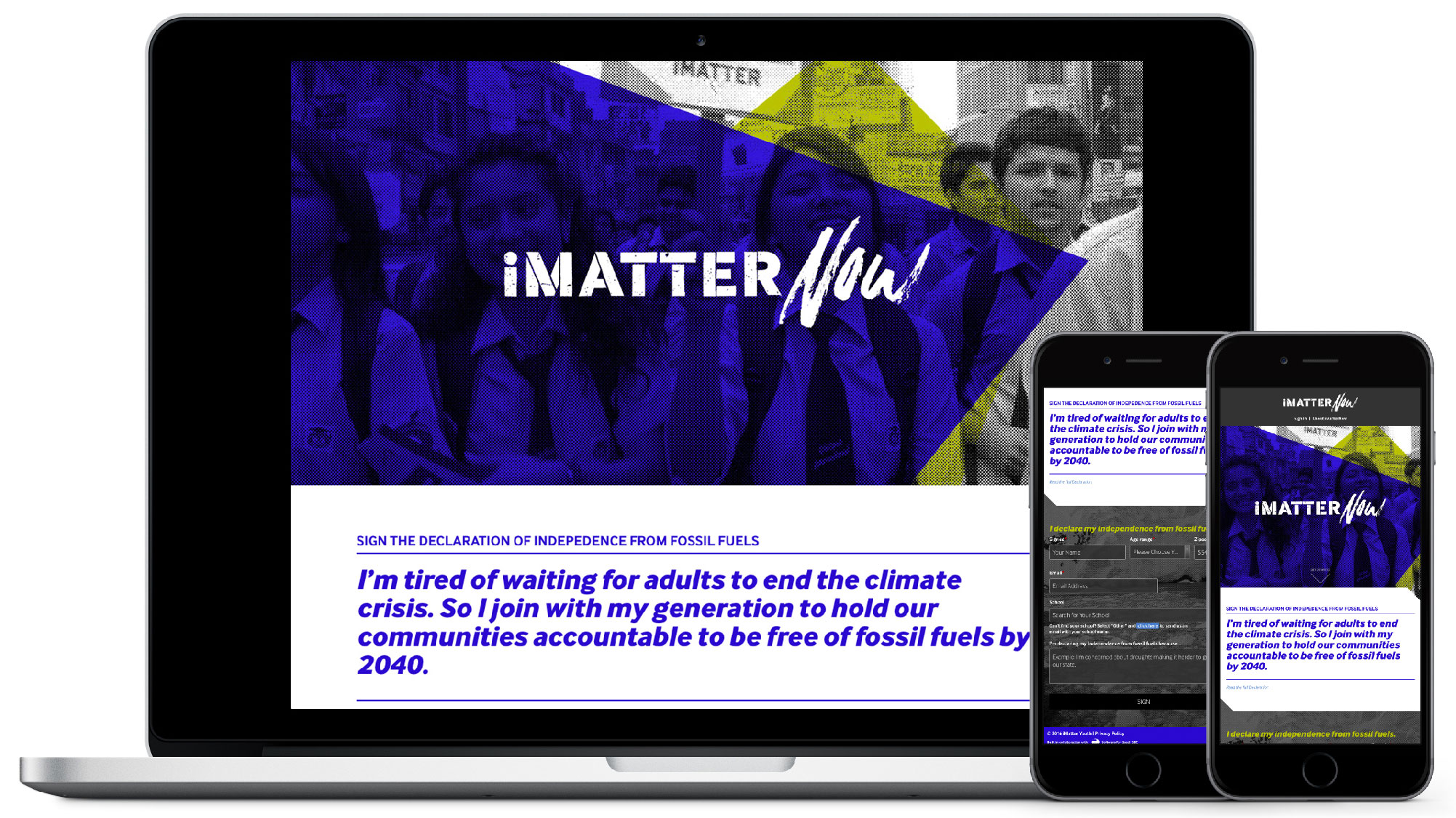 iMatter is a youth-led organization working to end the global climate crisis. The organization came to Software for Good in late 2014 with a single idea: create a digital report card for youth to fill out and take to their city leaders demanding action. But what started out as a report card quickly shifted to a larger, more audacious concept — a campaign rallying the youth of America to declare their independence from fossil fuels and recruit the people in their lives to join them in demanding change. Ideally, in time to impact the 2016 election.

Software for Good partnered with iMatter team to build a custom mobile-first social platform where teens can pledge their independence from fossil fuels, recruit friends and adults to join them via social media, and complete a series of quests with other members of their schools and community.

We worked with iMatter on strategy, design, UX, and development. The new campaign logo builds on existing brand equity, using scrawled type and a bold new visual system to convey urgency. Development was complex: in addition to social sharing capabilities, users have individual, school and city dashboards where they can track their impact, upload video and documents to prove they’ve completed tasks within each quest, and stay up-to-date on upcoming campaign events.

The iMatter NOW campaign soft launch is underway, with teens in select test markets beginning to use the site and provide feedback for future iterations.

Ruby on Rails, Web Based Application

Next Project Back to Top